You are here: Home Blog The Wine & Me an evening with Tristan Mackay, Craig MacDonald.

The Wine & Me an evening with Tristan Mackay, Craig MacDonald. 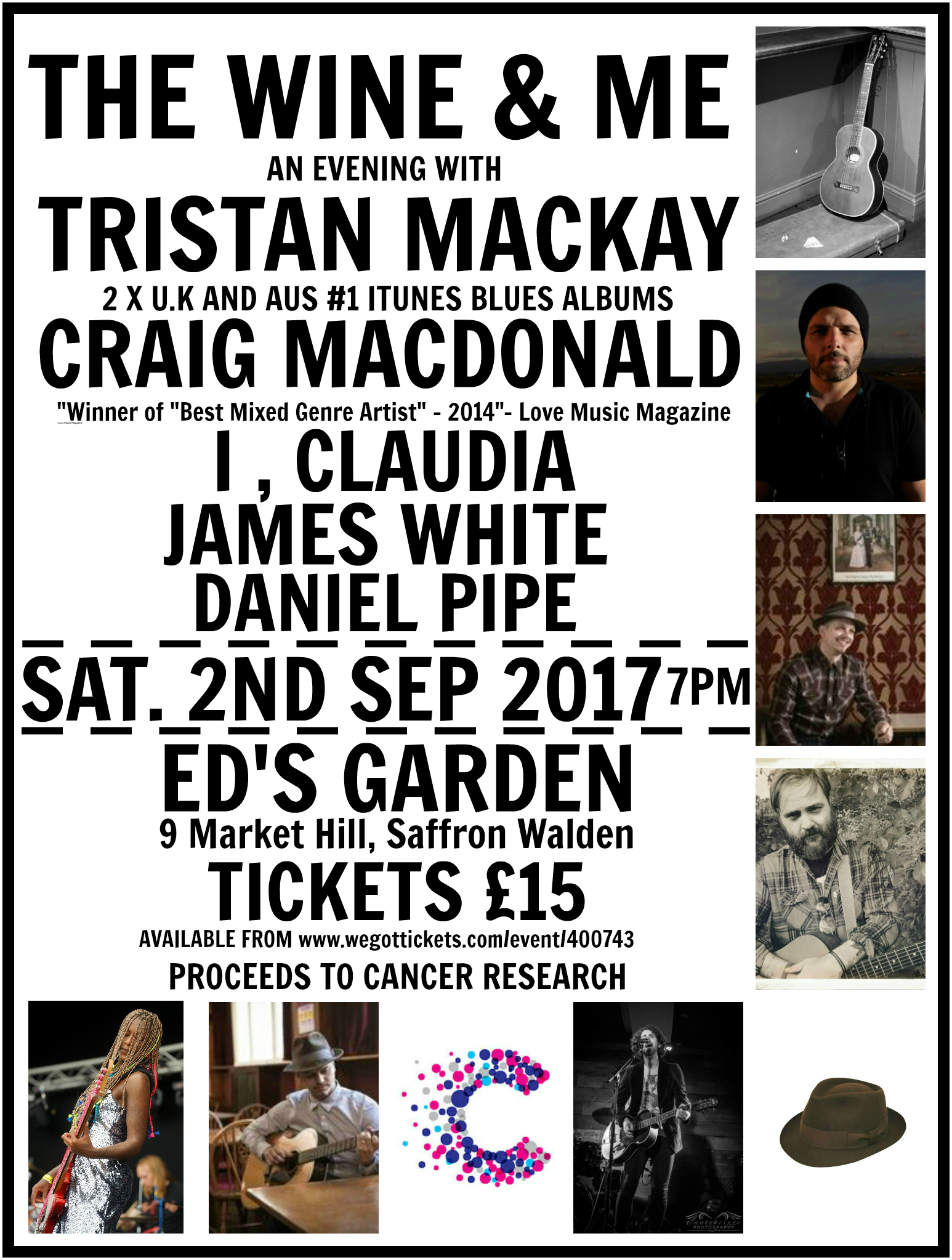 Tristan was born in Tiverton, Devon.

He first picked up guitar at the age of 14 after hearing the Eric Clapton 'Unplugged' album. This started his life long love of blues guitar music and the

In 2001 he moved to Yorkshire to study at Leeds university. During his student days he would busk to pay the bills and it was to this pursuit he returned

after university to promote his music.

He self recorded and released his first E.P 'Tales from a bedroom orchestra' and 'Live from the lounge'. Although these were only produced and sold

from his bedroom studio, his track 'The Wine and Me' was featured in the Channel 4 show 'Skins'.

Another of his songs from the first E.P. 'Be all you can be' was featured by Aled Jones on 'Good Morning Sunday' and was used by World Duty Free Day

as their summer campaign song in all their stores through 2011.

who invited him to his studio to lay down demos.

In 2010 they embarked on a collaberation to produce Tristan's first album 'Out Along the Wire'. With a team of outstanding musicians, including

Carrick, the album of original tracks was released 20th Feb 2012.

The album went straight to No1 on the I-Tunes blues charts in the UK and Australia and received a swathe of 4 and 5 star reviews. It was also record

of the week on several UK radio stations including BBC Somerset and BBC Devon.

His follow up album 'Wire & Wood' was released in 2015. An all acoustic record, with the same band featuring organ cameos from Don Airey

(Deep Purple), it received critical praise from the music press including a feature in Blues Magazine. It topped the I-Tunes Blues Chart after a live session

with Fern Britten on BBC Radio 2.

Who Is This Craig? Winner of 'Best Mixed Genre Artist'-2014. Love Music Magazine. London-based Craig MacDonald aka WhoIsThisCraig, is a singer/songwriter

with hints of blues, country, soul and folk bringing warm sounds and a unique level of musical depth and honesty. With a voice that is both soulful and

passionate, and a raw emotion that characterises his earthy style. He has self-produced a collection of 'Songs From Life & Love' (2012) Live at Moorish Castle

with the Poor Birds Band (2013) and most recently 'WhoIsThisCraig' released in Nov 2015. Craig has been performing all across the UK while on a support

tour for singer/songwriter Danny Vaughn (Tyketto/Waysted) & Dan Reed (Dan Reed Network) and most recently has brought his unique style to the Underworld,

Live Rooms, The Bedford Live, The Troubledour and other excellant venues in and around London/UK. The next chapter, the following six months will include

Claudia plays a colourful mixture of musical styles. Mellow yet uplifting acoustic sweetness with hints of jazz, folk and a good sense of fun!!

Claudia has been one of Cambridge's busiest bass players for the last 15 years and currently plays with Cambridge Band Competition winners 4th Labyrinth.

3 years ago she decided to focus on her own songwriting and has been playing solo acoustic gigs as well as fronting her own band "Claudia & the Braidy Bunch".

Claudia is currently working on her debut album "Storms & Silver Linings"  which is due to be released this autumn. 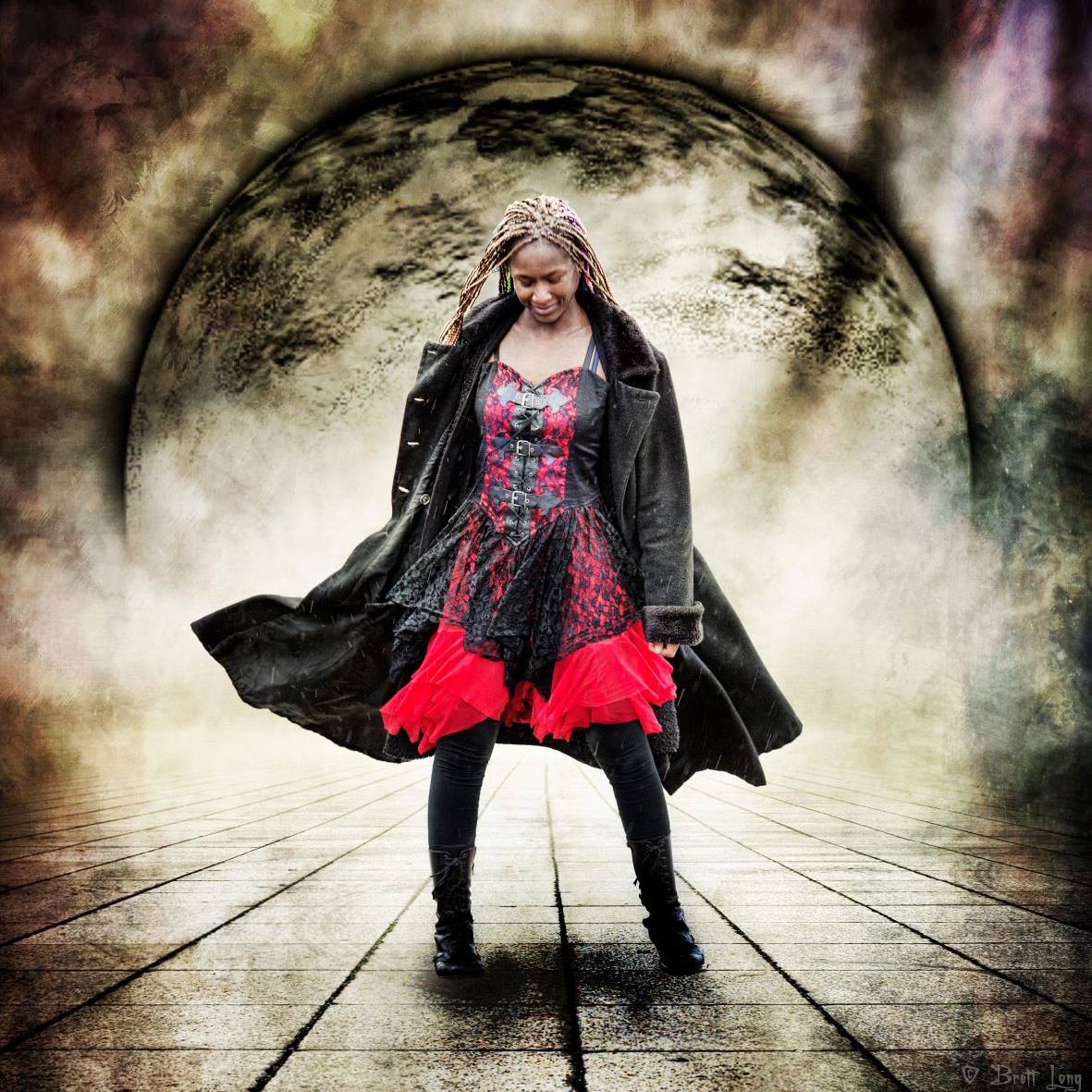 his vocal cords and decided he wanted to go in a different direction. His last show as RAGH was a sellout supporting Professor Elemantal who incidentally made

the introduction for James' debut EP. This new start has taken him on a much more serious path in which he has buried himself in activism and philanthropy

His debut EP, 'The Lost & Forgotten', extraordinarily sold out of the first physical copies on the day before it's official release. Donating all royalties made on his

camps) James is currently working on new ways of raising awareness and funds for causes close to his heart through his musical escapades. His work has seen

him interviewed and playing live on the BBC, as well as various interviews on national, regional and community radio stations as wells as newspapers and 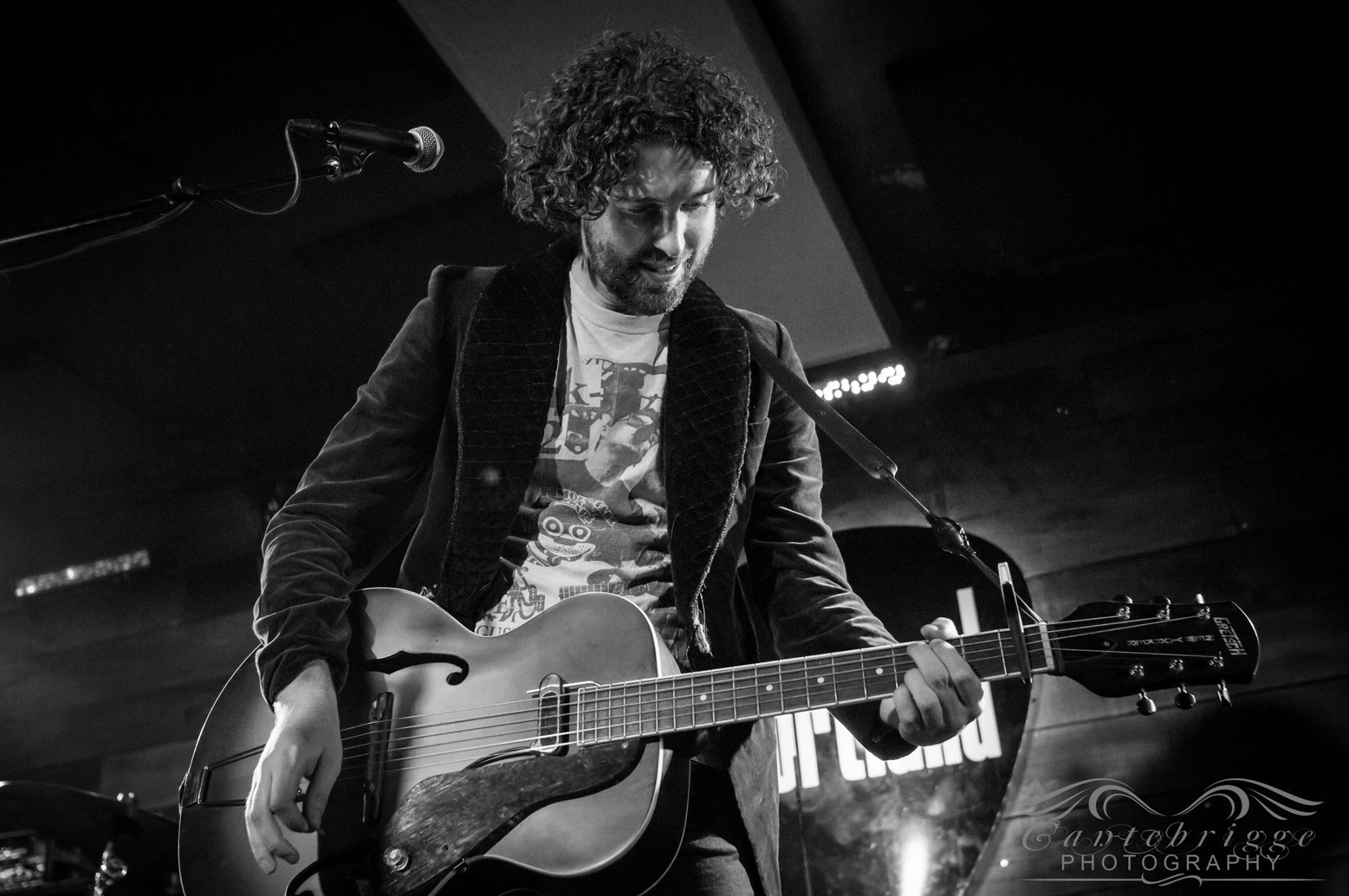 Local lad Dan has one of the most infectious personalities in Saffron Walden. I wanted to book him last year but it was not until this year did I dare ask him.

Between us two, we were without any doubt our local record shop (The much missed Chew and Osbournes) biggest two customers, more often than not the

pair of us would be collecting a pile of recordings we had ordered in at the same time. Dan is from a family who all enjoy their music and I am looking forward

a great deal  to his set of classic singer/songwriters like Dylan, Petty and a bit of the Beatles (I hope!). 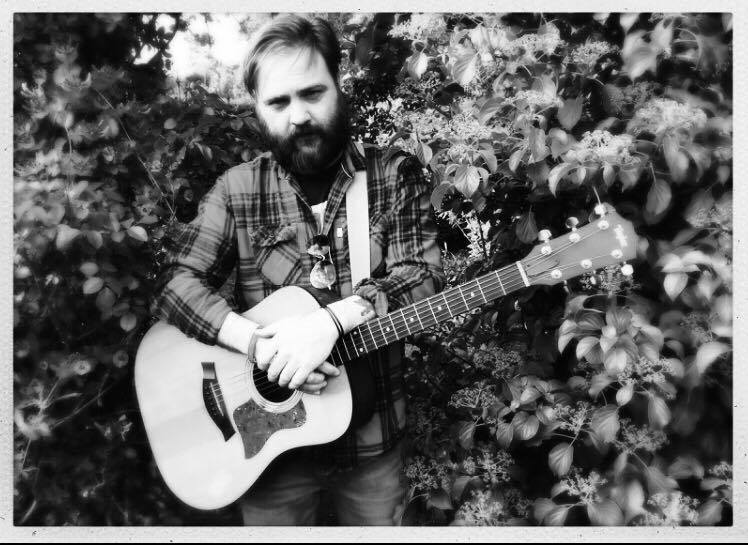 As you can see, I am very very proud of this line up and as you may know Cancer Research is a cause dear to mine and my family indeed. Ed's Garden will make

a great venue with a nice atmosphere, great wines and beverages and food if need be. All for £15 towards a brilliant cause. The tickets are available on the link

below. I am looking forward to seeing you.